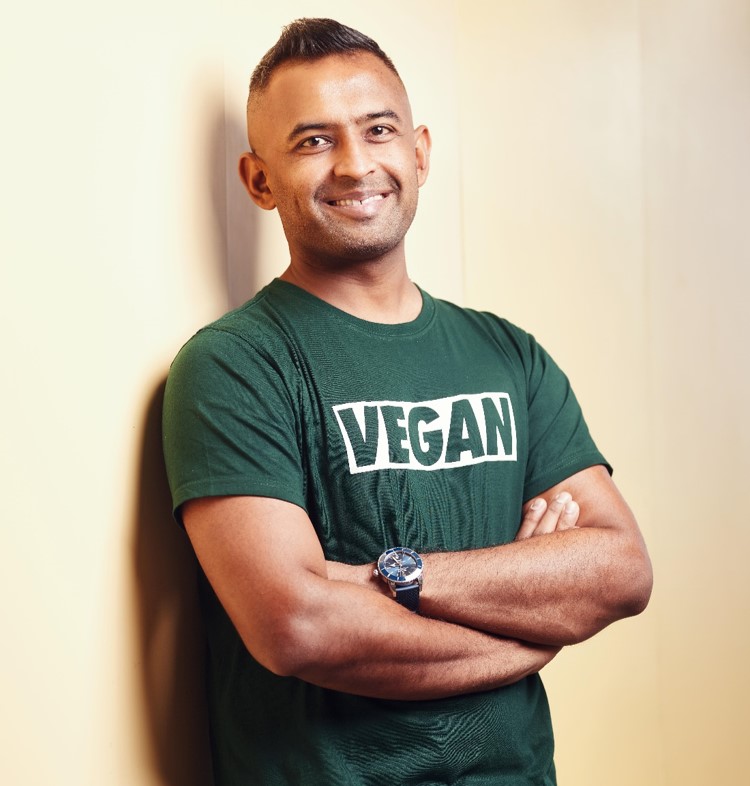 Over the past decade the awareness and acceptance of plant based products is on the rise. Lakhs of people across the world are looking at alternative plant based diet for various reasons, including some of the top athletes in the sporting world. The health benefits and advantages have been well established by researchers and the advancement in food technology has further given a boost to this sector.

In India, plant based dairy is witnessing an upward growth trajectory with more and more people adapting to it in metro cities. Only Earth, a fast growing company has launched a range of alternatives to dairy products and is positive of reaching deeper into the Indian markets with plant based dairy alternatives. We speak to Kunal Mutha, Founder of Only Earth on his vision and plans for the future.

Excerpts from the interview below:

1. Please give us an overview of plant based industry globally?

Dairy has been an important part of our food system for several centuries. Similarly, plant-based milk like coconut and almond milk has been used for a very long time.Multinationals like Danone, Nestle who are massive in the Dairy segment, have recently pivoted towards plant-based alternatives to address the growing demand from the consumers. The global plant based market valued at 74 Billion is growing at 11% year on year.

2. Which countries are adapting to alternate plant based milk rapidly?

USA and UK are one of the largest and fastest growing markets for Plant Based Milk. According to the United States Department of Agriculture (USDA), per capita consumption of Milk has plummeted by 40 % since 1975. Similar has been the case in the UK as well.

3. How do you see the Indian market for plant based dairy?

A recent study conducted by GFA suggested a tremendous growth is metro cities. The Indian dairy alternative market stood at $20.9 million in 2018 and is projected to grow at a CAGR of 20.7% to reach $63.9 million by 2024, on account of increasing participation of the young population. Among regions, North India accounted for the largest share of around 40% in the Indian dairy alternative market in 2018, owing to rising awareness towards health-consciousness and the need for physical fitness in the region. Moreover, with changing lifestyles, consumers in north India are comparatively less price-conscious. However, we are seeing growth across regions with easy availability of various beverage options. The reasons are plenty, from health, to lactose intolerance and also just being in trend.

4. What is the vision behind Only Earth and scope of the category in India?

India has committed to going carbon neutral. Adoption of plant-based nutrition can be the single most effective way to achieve the goal as our food system is responsible for a large portion of greenhouse emissions.

Also, it has been observed that the population is expected to reach 10 Billion in the next few decades. The current food system cannot cater to the growing need as it requires a huge amount of land and resources which also contribute to climate change. Plant based nutrition requires less space, less energy, and fewer resources in comparison to traditional animal-based products.

Only Earth, a new entrant in this category has been sharing anecdotes on how a lifestyle shift and what you consume can have an impact on the environment. This further reiterates that plant-based alternatives are not only for consumers who have shifted to veganism but also in general have a large impact on our planet.

There is also a big misconception of how plant-based beverages don’t have alternative uses. This question has been answered and verified through social influencers and vegan chefs who are often seen using almond/oats milk in several recipes including in their coffee/teas.

As a brand we are also support many initiatives that are protecting the environment around us. As part of the Ocean Conservation initiative by Only Earth, we completed the coral propagation project today with about 1600 corals planted on artificial frames. Few months back, we partnered with Reefscapers to execute this project around the locally inhabited Fulhadhoo Island in Maldives.

5. Products launched by Only Earth and its benefits over cattle milk?

We have currently launched two variants being Oats and Coconut milk. The texture of Oats milk is the closest to regular dairy hence it works perfectly well as an alternative. Coconut Milk on the other hand has been used for ages and in addition to all the health benefits can be used in various recipes. Some of the key benefits of making the shift includes:

1) Larger climatic impact as the dairy industry is known to be producing a large amount of CO2. Plant based milk has a much lower carbon footprint

2) They help in reducing acne, flatulence and a great option for people dealing with diabetes and other lifestyle diseases

6. What is the distribution system of Only Earth? How many stores do you currently have?

Only Earth is an omni channel brand with focus on Modern Trade, General trade, Ecommerce and Horeca channel. The products are available in over 1000 outlets spread across multiple cities and is also listed on multiple ecommerce platforms like Amazon, Big Basket, Flipkart etc. The products are also extensively being used by leading hotels, restaurants and cafeterias.

7. What are your current and future target markets?

The current focus is to aggressively grow and maximise the market share in India. Plans are also being worked out to enter North America, Middle East and APAC region.

8. What are the likely challenges you foresee in the growth of the plant based sector?

The plant based sector is still in its infancy in India and many other regions, which is making the cost of the products high. As the volume grows, we wish to achieve price parity with animal based products.

9. How was the plant based industry impacted with due outbreak of Covid-19 in India?

The ongoing pandemic has alerted people to the current climate crisis even further. The need to change our consumption patterns across board has become indispensable and has further accelerated the adoption of plant-based offerings as consumers have become  more aware and health conscious. As a result, there has been an increased demand for the plant based alternatives due to the outbreak of Covid-19 in India

We are launching our newest campaign, Plan(e)t Power’ that educates consumers about the need to change to a plant-based diet and the larger impact this industry is making on our planet.

The concept for the ‘Plan(e)t Power’ campaign is founded on recent research conducted in India which shows that a growing number of consumers are purchasing or opting for plant-based milks and alternatives for multiple reasons. Only Earth with the support of Good

Led by Tanya Ahluwalia (Brand and Marketing Head at Only Earth), the campaign was conceptualized by The Content Lab. Only Earth’s campaign is brought to life through a stop motion film directed by Sharanya Ramesh showing our ‘heroes’, Almond, Coconut and Oats take center stage. 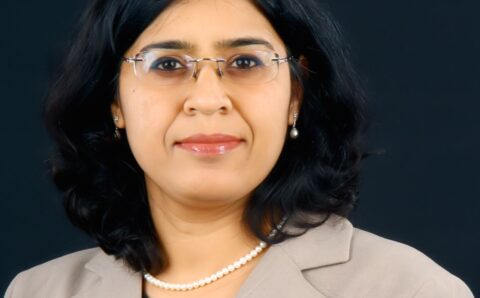 The author of this article is Dr Rajani Battu, Co-Founder and Chief Medical Officer, Eyestem One of my patients, Mr Arvind Kumar(name changed), aged 84... 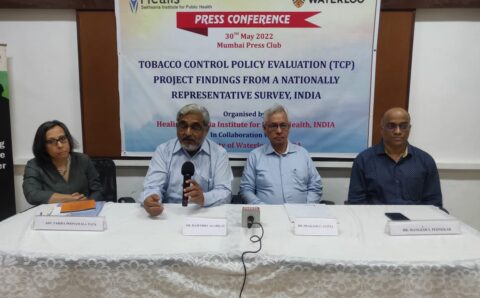 Are tobacco control efforts resulting in increased quitting in India? 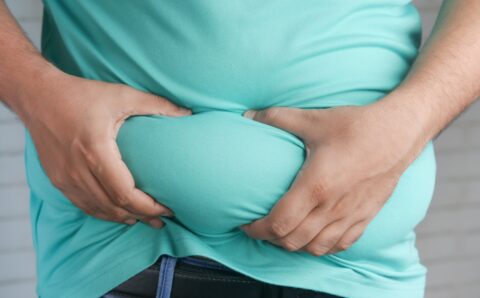 Is obesity to be blamed for cancer risk? 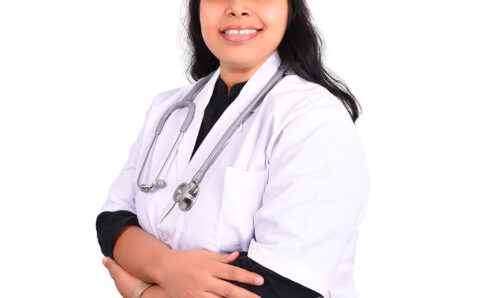 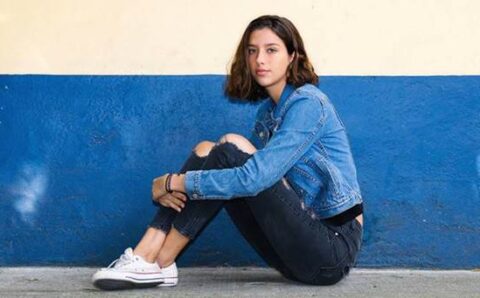 KNOW YOUR BODY. KNOW YOUR PERIODS